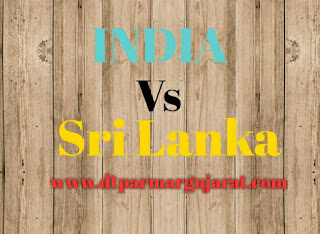 Team India will aim to start the new year 2020 on a high when they host Sri Lanka for the first T20 International of the three-match series at the Barsapara Cricket Stadium in Guwahati on Sunday. Fast bowler Jasprit Bumrah and opener Shikhar Dhawan will be under spotlight as both cricketers return to the fold from their respective injuries. Jasprit Bumrah had suffered a stress fracture, while Shikhar Dhawan was dogged by injuries throughout 2019.

After being named in the India squad for the T20I series against Sri Lanka, Dhawan had said that he is ready to make a "fresh start" in the new year, reminding his critics that "class is permanent". Sri Lanka have recalled former skipper Angelo Mathews in the squad after a long 16-month absence from the shortest form. (LIVE SCORECARD)
Live Streaming: Bet365, Hotstar, Now TV, Sky Go
IND vs WI Toss Predictiol
Kuldeep, Washington picked ahead of Jadeja because of SL left-handers: Kohli
Virat Kohli at the toss: "We're gonna bowl first. We haven't played here in a while. The last time we played here, we chased well. The game we played prior to that against Australia, they chased well too. The track does play differently in the second half as compared to the first part.
It's a good thing actually, there isn't too much of a difference in conditions, except that the track settles down better later on with the wet ball. Last year was outstanding for us in two formats, T20s not so much. Good thing though is that we have a World Cup coming up and we'll be taking things more seriously.
"Pandey, Samson, Chahal and Jadeja aren't playing. Kuldeep and Washington because of their left-handers and we have three seamers."
India vs Sri Lanka 1st T20I Live Updates:
18:44 hrs: Sri Lanka (Playing XI) - Danushka Gunathilaka, Avishka Fernando, Kusal Perera(w), Oshada Fernando, Bhanuka Rajapaksa, Dhananjaya de Silva, Dasun Shanaka, Isuru Udana, Wanindu Hasaranga, Lahiru Kumara, Lasith Malinga(c)
18:38 hrs: India (Playing XI) - Shikhar Dhawan, Lokesh Rahul, Virat Kohli(c), Shreyas Iyer, Rishabh Pant(w), Shivam Dube, Washington Sundar, Kuldeep Yadav, Shardul Thakur, Navdeep Saini, Jasprit Bumrah
Click Here To Download DD LIVE TV APP FOR Live Match||Score live