The right to vote is the heart of every democracy. The true power lies with the people of every democracy who ultimately decide the destiny of the country by choosing the representatives who run the Government.
India is one of the largest democratic countries in the world in terms of number of voters. In a country so populous, different states have varied concerns and ideas.
Hence, voting becomes a medium of expression for people. Given the number of elections that comes and goes by in India and also the rising population, one cannot deny the fact that there have been a few instances of malpractices like vote rigging.
To make the process of voting smooth and to ensure that every eligible citizen gets a chance to vote, the Government of India came up with the Voter ID cards in 1993. Now, Voter ID cards have been shaped to EPIC - Electoral Photo Identity Cards. 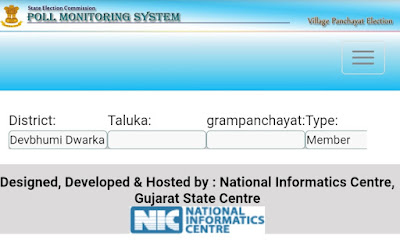 How To search your name In voter List Guajrat :
How to Apply for Voter ID Offline in Gujarat
If you wish to apply for a Voter ID in Gujarat, all you have to is fill up a form and submit it with supporting documents at the Electoral Office.

The procedure to obtain a Voter ID in Gujarat is described below:

If you satisfy the eligibility criteria to become a voter, procure a Form 6 issued by the Election Commission of India for registration of a name in the electoral list. You will have to procure different forms if you wish to change your address or details in an existing Voter ID. Remember, you cannot enrol yourself as a voter in two different constituencies.

The form numbers along with the purposes are given below for your reference: