Beranda » News Report » PM Announces Immediate Assistance of Rs.1000 Crore to Gujarat, Rs.2 lakh to the Families of the Deceased and Rs.50,000 to the Injured

PM Announces Immediate Assistance of Rs.1000 Crore to Gujarat, Rs.2 lakh to the Families of the Deceased and Rs.50,000 to the Injured

PM Announces Immediate Assistance of Rs.1000 Crore to Gujarat, Rs.2 lakh to the Families of the Deceased and Rs.50,000 to the Injured

PM Modi was on a one-day aerial visit to Gujarat when the state was devastated by Tau-te hurricane. He boarded a helicopter from Bhavnagar to inspect the situation after the hurricane. After a 1-hour and 50-minute aerial inspection, the Prime Minister had a review meeting with Chief Minister Vijay Rupani and senior secretaries of state in Ahmedabad. 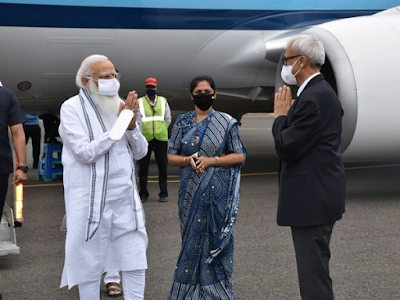 The PM immediately announced Rs 1,000 crore assistance after the meeting

After this review meeting, PM Modi has announced immediate assistance of Rs 1000 crore to Gujarat against the loss of crores caused by the hurricane. Apart from this, Rs 2 lakh has been announced for those who died during the hurricane across the country and Rs 50,000 for the injured. 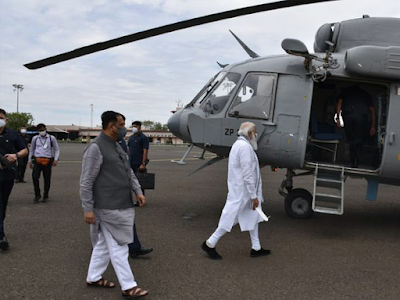 The PM conducted aerial inspections in Una (Gir-Somnath), Jafrabad (Amreli), Mahuva (Bhavnagar) and Diu to assess the damage caused by the hurricane. After this meeting, it announced immediate assistance of Rs.1000 crore to Gujarat.

The Center will send teams to the affected states

The central government will then send a team of ministers to each of the hurricane-affected states. This team will get the crown of loss. Based on which more help will be given.

Assuring the people of Gujarat, PM Modi said that the Central Government is with the State Government in these difficult times. As well as whatever help is needed in the affected areas will be provided. This includes everything from repairing houses to building new ones.

Apart from this, PM Modi also discussed in depth the current situation in Corona. Meanwhile, the PM was apprised of the steps taken by the state administration. However, PM Modi advised to take further steps to prevent the transition

Staff corona including Gujsel were tested at Ahmedabad airport

Corona testing was conducted at the Ahmedabad airport by staff including Gujsel in view of the growing case of Corona. Of these, 106 people were tested, although all reported negative. Tight security has been put in place around Gujsel.

Rainfall from Saurashtra to South Gujarat

It has wreaked havoc in many places after the devastating 'Tau-Te' hurricane hit the coast of Saurashtra. From Saurashtra to many districts of South Gujarat, 5 inches of rain has fallen in 8 hours. Roads have also been blocked in the event of trees collapsing due to strong winds. Rainfall has been recorded in Bhavnagar, Valsad, Surat, Amreli, Bharuch, Anand, Ahmedabad and other districts in the state.

0 Komentar untuk "PM Announces Immediate Assistance of Rs.1000 Crore to Gujarat, Rs.2 lakh to the Families of the Deceased and Rs.50,000 to the Injured"