Relief in the Corona Epidemic began in Gujarat from the day the state was established. But less than 11 thousand cases i.e. 10 thousand 990 new cases have been reported in the state. At the same time, the total number of corona cases in the state has crossed 7 lakh.

For the seventh day in a row, the number of patients recovering from the new case has been higher and a record-breaking 15,198 people have beaten the corona. 118 patients have died in the state. Over the last 12 days, more than 10,000 patients in the state are undergoing corona every day. As a result, the recovery rate of the state has improved to 80.04 per cent. 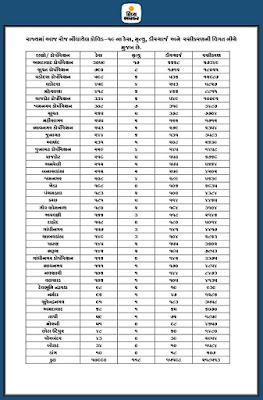