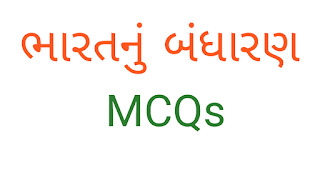 There are lot of vacancies in Gujarat as well as In India. Government of Gujarat  means state government and Central Government need lot of man power.

The Constitute of India is very much important topic for all the exams.

Here in this website www.dtparmargujarat.com we regularly put Bandharan Video.

Constitution is a living document, an instrument which makes the government system work. Its flexibility lies in its amendments.

The Constitutions Of India Is Very Useful Topic For All The Competitive Exams. Here We regularly put Bandharan MCQs.