Beranda » News Report » The retirement age limit for employees will not be decreased from 60 years to 58 years: Central Govt

The retirement age limit for employees will not be decreased from 60 years to 58 years: Central Govt

The retirement age limit for employees will not be decreased from 60 years to 58 years: Central Govt

The retirement age limit for employees will not be increased from 60 years to 58 years: Central Govt
(Source: Divybhaskar) 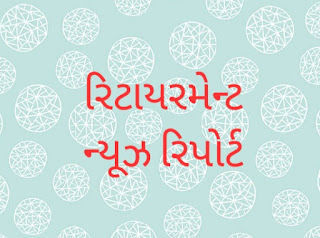 Union Minister Jitendra Singh
Minister of State for Personnel Jitendra Singh provided information in writing to the Lok Sabha
The Government may review the work under the Central Civil Service Rules
The government forcibly retired 21 corrupt tax officers
The central government said on Wednesday that the retirement age of government employees should not be increased from 60 to 58 years. This was stated by Employee State Minister Jitendra Singh in the Lok Sabha in response to a question. "The Central Civil Service (Pension) Rule gives the government the right to review the work of employees from time to time," he said. Under this, if an employee is found to be incompetent or his conduct is degraded, he may be retired ahead of time. To do so is given three months 'notice or a month's allowance or allowance will be given in lieu of it'

'Under this comes Group-A and Group-B employees'
The Union Minister of State said, “This provision applies to Group A and B Government employees. Under this, there will also be employees working in a semi-government organization, who have joined the service before reaching the age of 35 and whose age is more than 50 years.
The Center has taken a strong stance on corruption of government officials. Sources in the finance ministry said on Tuesday that the government had forcibly retired 21 corrupt tax officers. Such officers were falsely accused of making money and collecting wealth. CBI investigations were also going on against many of them. Procedures for removing officers were launched in June. So far, 85 tax officers have been forced to retire, including 64 senior officers.
Click Here To View News Report
Tag : News Report