Farmers protesting against the new agricultural law have started a tractor rally from 3 borders of Delhi. Farmers have started breaking barricades manually on the Delhi and Tikri border. 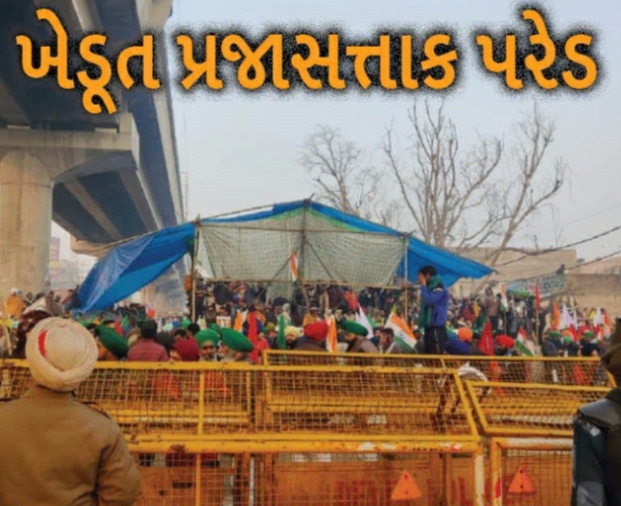 Police allowed a tractor rally from 12 noon after the Republic Day parade but the farmers started the tractor rally ahead of time.

Before the tractor rally started, a line of tractors stretched for 35-40 km on the Indus border. The farmers had started removing the barricades themselves. The trucks that were parked by the police were pushed away by the farmers with their tractors. 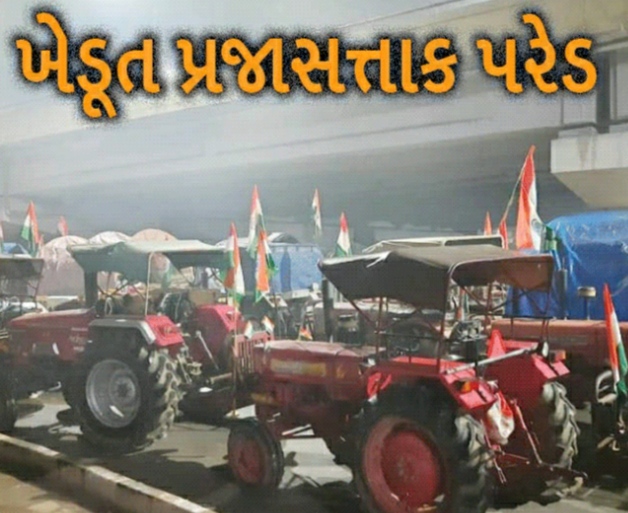 Farmers claim that one lakh tractors have arrived

Police have allowed farmers to rally with only 5,000 tractors, but more than 20,000 tractors have reached the Indus border alone. Farmers have claimed that an estimated one lakh tractors will reach Indus, Tikri and Ghazipur

The farmers who broke through the Ghazipur border barricade were stopped by the police at a short distance. Police appealed to the farmers to help maintain peace. Suzy farmers stopped at one point until a tractor behind them arrived, police said. There was also some tension between the farmers and the police about this. 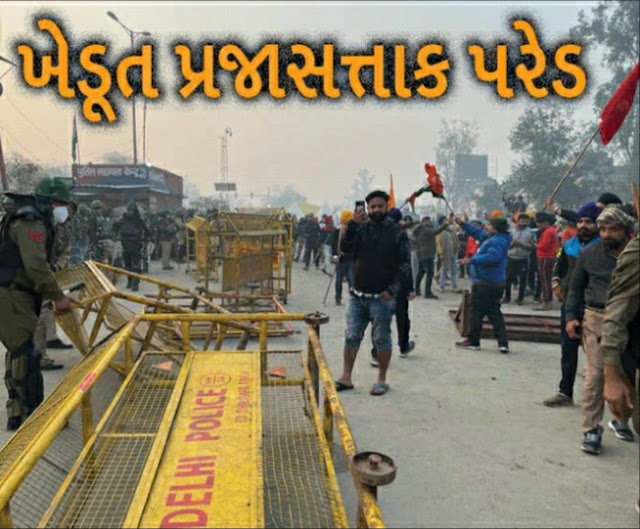 Meals for farmers are being held at Ghazipur border from 4 am. Most of the farmers here have come from western UP. 10 to 15 thousand tractors have arrived here. Farmers are confused about the route, but Bhaktiyu spokesperson Dharmendra Malik said the police would parade on the route provided after the Republic Day program.

A group of youths are standing near the stage at Tikri Border. Currently everything is going peacefully. Police have not removed the barricades so far

The tractor rally will start after the Republic Day parade

The Republic Day parade is scheduled to begin at 9:30 p.m. The first parade is 8.2 km long, which runs from Vijay Chowk to Red Fort. This time it will be 3.3 km long and will run from Vijay Chowk to the National Stadium. Farmers have been allowed to hold tractor rallies after it is completed. Farmers will hold a tractor rally from 12 noon to 5 pm.

Police have allowed a parade on this route

Farmers have started moving towards Delhi from Shahjahanpur Kheda border in the morning to join the tractor parade to be held in Delhi. However, Haryana police has allowed farmers to travel as far as Manesar, about 50 km from Delhi. Farmers will be able to carry 1500 tractors without trolleys. Only 3 people can sit on one tractor. The distance from Shahjahanpur to Manesar is 65 km.

8 thousand farmers from 4 states will gather

An estimated 8,000 farmers from Rajasthan, Haryana, Gujarat and Maharashtra have gathered on the Shahjahanpur-Kheda border. Farmers used to come here till late at night. Haryana Police has asked to pass in front of the government college in Manesar. The flag will be hoisted at the government college here. Farmers will have to return after joining the program.

The sloganeering of the young farmers was so loud that farmer leader Lakkha Sadana had to say from the stage, "What you want will happen." However, the farmer leaders involved in the talks with the government said that the parade would be carried out on the same route given by the police.

Security arrangements: Police force was seen less at night on the Indus border, but security was increased in the morning.

It is claimed that 60 thousand tractors have reached the Tikri border. Apart from tractors, a large number of farmers have arrived here in two-wheelers. No explanation has yet been given as to whether two-wheeler vehicles will be allowed at the rally.

Security has been tightened at the Ghazipur border. Most of the tractors coming in this border have come from western Uttar Pradesh. 15 thousand tractors are expected to reach here.