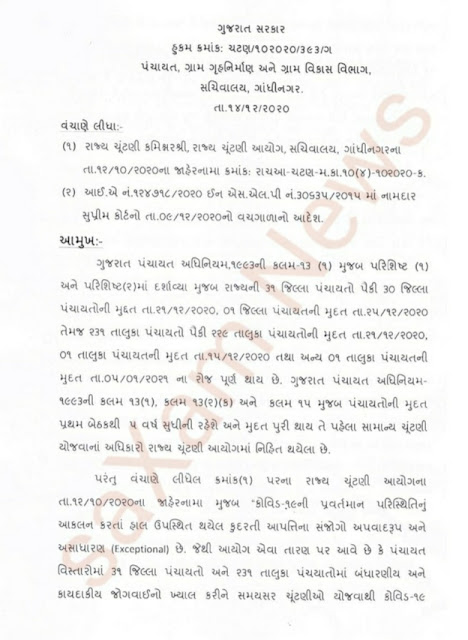 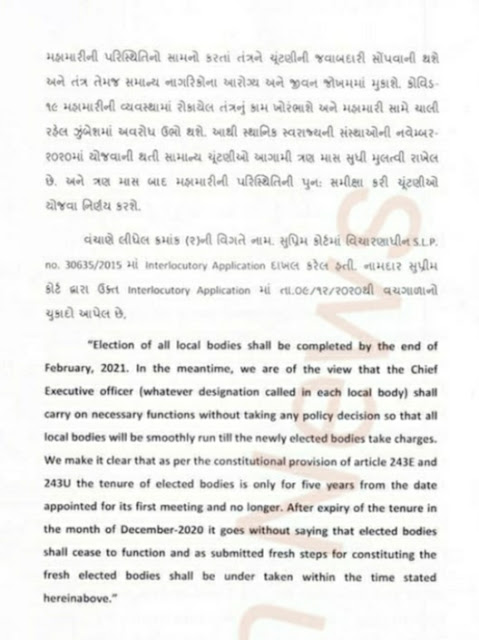 As per Section 16 (1), Section 13 (1) (a) and Section 13 of the Gujarat Panchayats Act, the term of the Panchayats shall be up to 3 years from the first sitting and the right to hold general elections before the expiry of the term is vested in the State Election Commission. 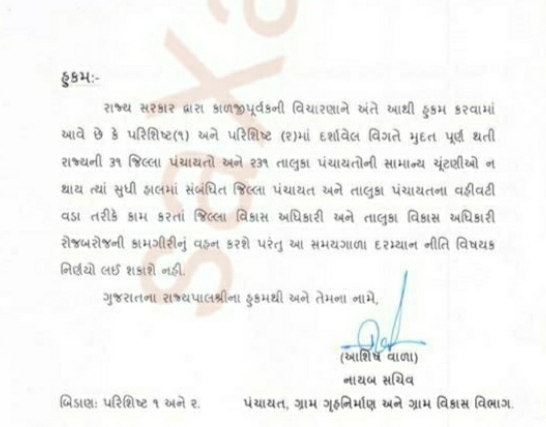 But as per the declaration of the State Election Commission dated 19/10/2050 on the number (1) taken from the reading, “Assessing the current situation of Kovid-14, the circumstances of the present natural calamity are exceptional and exceptional, so that the Commission comes to the conclusion that By holding timely elections in 31 district panchayats and 21 taluka panchayats in panchayat areas keeping in view the constitutional and legal provisions.

After careful consideration by the State Government, it is directed that as per the details given in Appendix (1) and Appendix (2), till the general elections of 31 District Panchayats and 21 Taluka Panchayats of the State expire, the present Heads of Administrative District Panchayats and Taluka Panchayats. Acting as District Development Officer and Taluka Development Officer will carry out the day to day operations but policy decisions cannot be taken during this period.