Thursday, November 19, 2020
Bagikan :
Tweet
Parents' Outcry Against Government's Insistence To Start Schools, Reverse Decision, Support School Closure Announcement On 23rd
Parents and guardians are outraged over the government's decision to start schools in Gujarat from November 23. The All Gujarat Board of Trustees had demanded the withdrawal of the decision to start schools and backed the announcement of school closure on November 23. 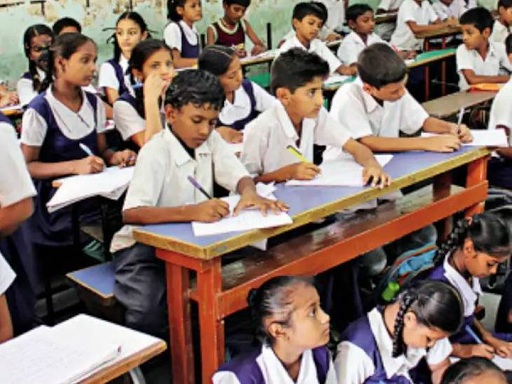 Besides, the government should withdraw the decision in the interest of parents and students as it is becoming as destructive as the Corona atom bomb in Gujarat. Naresh Shah, president of the All Gujarat Board of Trustees, said that at a time when the Corona is becoming as destructive as the atom bomb, schools should be started after two months for the sake of humanity and for the safety of children's lives.
He added that the Board of Governors supports the Vadodara Parents Association's November 23 school closure announcement. It is not advisable to open schools until the corona vaccine has arrived. School administrators and the government should not be forced to open a school by issuing a circular. The government should reverse the decision to open schools immediately.
Guardianship issues against the government's announcement
All Gujarat Wali Mandal president Naresh Shah said that the government is determined to start schools from November 23. Then some issues have been brought before the government for the safety of the students.
In which after the commencement of schools, a testing center of Kovid-19 will have to be set up outside each school as well as a special Kovid-19 ward will be set up for students in every district and city area of ​​the state.
The report of RTPCR should be submitted to the DEO by every teaching and non-teaching staff and other staff of the school. If any student becomes infected with corona, the school will have to pay the hospital bill for his treatment.
Give the parent the option of sending the child to school or not Earlier, on the issue of starting schools, Naresh Shah, president of All Gujarat Guardianship, said that the government should keep education experts and guardians together when formulating a policy or SOP to start schools.
Administrators will not have any responsibility if the guardian guarantees.
In this situation the responsibility of only one should not be determined. Has written a letter to the government to involve the parents on the issue of starting schools. It states that the parent will not be responsible for sending the child to school.
The guardian will not sign any guarantee of the child. The policy that the government prepares for opening schools should not be imposed on parents. Parents should have the option of whether or not to send their children to school
Important Link:-
Read News  In Gujarati : Click Here
Tag : News Report, News Report (School)