Beranda » News Report » News Report (School) » Applicants Will Not Be Admitted Under RTE After Completing Their Studies In Standard 1, An Official Announcement Will Be Made Soon

Applicants Will Not Be Admitted Under RTE After Completing Their Studies In Standard 1, An Official Announcement Will Be Made Soon

The Admission Process Under RTE will Be Started Soon By The State's Director Of Primary Education. 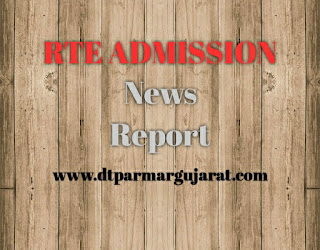 It has been decided to link the dias and Aadhaar cards of the students so that they do not apply under RTE for admission in 1st and it is learned that it will be officially announced soon.

In Rajkot, 84 such cases came out last year. A video conference was organized by the Director of Primary Education on the 27th with the DEOs and DPEOs of all the districts to start the admission process under RTE and other issues of primary education.

Admission Will Be Late Due To Corona


Discussions were held on how to prevent the parents of students who have studied in Std. 1 from applying for admission in Std. 1 under RTE of their children to avail the free education scheme of the government.

At the end of the discussion, it was decided that by linking the student's Aadhaar card with the dice, the student who has studied in Std. 1 will not be able to apply for Std. 1 again. As a result, those who are really the beneficiaries of this scheme will be deprived of admission.

RTE admissions will start late this year due to the Corona epidemic. The process of filling the form and then the admission process is started in February or March every year. But this year the operation is now expected to begin soon.

The Form Acceptance Center Will Also Be Closed


With social discrimination now mandatory due to the Corona epidemic, there is a huge influx of parents at the RTE application form acceptance center Consideration has been given to close the Form Acceptance Center and to verify the documents at the school level of the student who is being admitted and a decision is likely to be taken soon.

0 Komentar untuk "Applicants Will Not Be Admitted Under RTE After Completing Their Studies In Standard 1, An Official Announcement Will Be Made Soon"