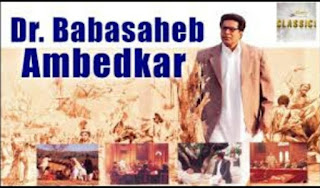 In 1897, Ambedkar's family moved to Mumbai where Ambedkar became the only untouchable enrolled at Elphinstone High School. In 1906, when he was about 15 years old, his marriage to a nine-year-old girl, Ramabai, was arranged.[
Undergraduate studies at the University of Bombay
Ambedkar as a student
In 1907, he passed his matriculation examination and in the following year he entered Elphinstone College, which was affiliated to the University of Bombay, becoming, according to him, the first from his Mahar caste to do so. When he passed his English fourth standard examinations, the people of his community wanted to celebrate because they considered that he had reached "great heights" which he says was "hardly an occasion compared to the state of education in other communities". A public ceremony was evoked, to celebrate his success, by the community, and it was at this occasion that he was presented with a biography of the Buddha by Dada Keluskar, the author and a family friend. Pritchett, Frances. "In the 1890s" (PHP). Archived from the original on 7 September 2006. Retrieved 2 August 2006.
By 1912, he obtained his degree in economics and political science from Bombay University, and prepared to take up employment with the Baroda state government. His wife had just moved his young family and started work when he had to quickly return to Mumbai to see his ailing father, who died on 2 February 1913
Postgraduate studies at Columbia University
In 1913, Ambedkar moved to the United States at the age of 22. He had been awarded a Baroda State Scholarship of £11.50 (Sterling) per month for three years under a scheme established by Sayajirao Gaekwad III (Gaekwad of Baroda) that was designed to provide opportunities for postgraduate education at Columbia University in New York City. Soon after arriving there he settled in rooms at Livingston Hall with Naval Bhathena, a Parsi who was to be a lifelong friend. He passed his M.A. exam in June 1915, majoring in Economics, and other subjects of Sociology, History, Philosophy and Anthropology. He presented a thesis, Ancient Indian Commerce. Ambedkar was influenced by John Dewey and his work on democracy.
In 1916 he completed his second thesis, National Dividend of India - A Historic and Analytical Study, for another M.A., and finally he received his PhD in Economics in 1927 for his third thesis, after he left for London. On 9 May, he presented the paper Castes in India: Their Mechanism, Genesis and Development before a seminar conducted by the anthropologist Alexander Goldenweiser.