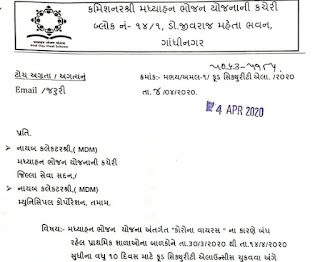 Government of India aiming at enhancing enrolment, retention and attendance and simultaneously improving nutritional levels among children studying in Government, Local Body and Government-aided primary and upper primary schools and the Centres run under Education Guarantee Scheme (EGS)/Alternative & Innovative Education (AIE) and National Children Labour Project (NCLP) schools of all areas across the country. MDM is also served in drought-affected areas during summer vacation also.
The Act provides for coverage of upto 75% of the rural population and upto 50% of the urban population for receiving subsidized foodgrains under Targeted Public Distribution System (TPDS), thus covering about two-thirds of the population. The eligible persons will be entitled to receive 5 Kgs of foodgrains per person per month at subsidised prices of Rs. 3/2/1 per Kg for rice/wheat/coarse grains. The existing Antyodaya Anna Yojana (AAY) households, which constitute the poorest of the poor, will continue to receive 35 Kgs of foodgrains per household per month.
The Act also has a special focus on the nutritional support to women and children. Besides meal to pregnant women and lactating mothers during pregnancy and six months after the child birth, such women will also be entitled to receive maternity benefit of not less than Rs. 6,000. Children upto 14 years of age will be entitled to nutritious meals as per the prescribed nutritional standards. In case of non-supply of entitled foodgrains or meals, the beneficiaries will receive food security allowance. The Act also contains provisions for setting up of grievance redressal mechanism at the District and State levels. Separate provisions have also been made in the Act for ensuring transparency and accountability.
Salient features of the bill include
Food security allowance in case of non-supply of entitled food grains
The National Food Security Act, 2013 inter alia provides for payment of food security allowance to entitled persons by State Government in case of non-supply of entitled quantities of food grains, within such time and manner as may be prescribed by the Central Government. Accordingly, the Government has notified the Food Security Allowance Rules, 2015 on 21 January, 2015 to prescribe the norms and manner of this allowance. The rules have come into force on the date of their publication in the Official Gazette, i.e., 21.01.2015. As per these rules, the amount of food security allowance admissible to entitled persons is determined by multiplying the difference between the 1.25 times the minimum support price of the relevant food grain for that marketing season and the prices specified in Schedule I to the Act, with the quantity of non-supply. The allowance is payable by the end of the third week of the month following the month in which the non-supply occurred. The notification has been circulated to all the States/Union Territories on 12.02.2015 for necessary action.
Government has also universalised Kishori Shakti Yojana to improve the nutritional and health status of girls in the 11 to 18 years age group. The Government has also launched the National Food Security Mission for Rs. 4882 crore.
Important Link