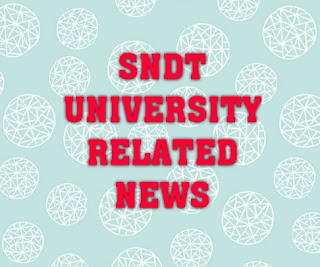 Government Of Gujarat has declared the teachers recruitment for government secondary and higher secondary school in our state.

Gujarat Government banned for those candidates who have got their degree from SNDT women's University.

But for the students , they valided the degree of SNDT college from the area of gujarat .

The university headquarters are situated at Churchgate in South Mumbai, while the main campus is in Santacruz–Juhu area of Mumbai. SNDT has three campuses: two in Mumbai and one in Pune. The University has affiliated colleges Maharashtra, Assam, Uttar Pradesh, Bihar, Madhya Pradesh, Surat andGoa, as well.
The year 1896 marked the beginning of a new era in the history of women’s education in India when Bharatratna Dhondo Keshav Karve established an ashram for widows and helpless women at Hingne near Pune.

He realized that to make these women self-sufficient, -reliant and -confident, schooling was essential at the ashram. Karve launched a programme of schooling there, which latter became a regular school for girls and women. In a society governed by age-old customs
Finally, it's a good news from government side that The candidates having SNDT university Degree can also apply for Secondary & Higher Secondary Recruitment.