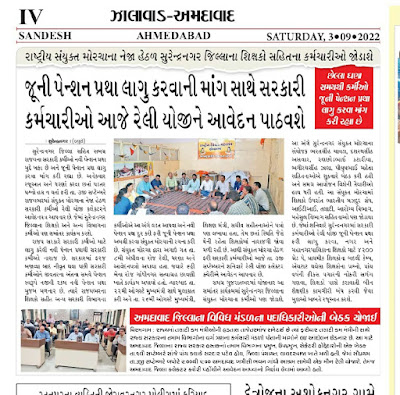 Re-implementation of the old pension scheme, other pending demands and keeping in mind the unity of the teachers-employees and the organization of the entire Gujarat, the Rashtriya Saikshi Maha Sangh Gujarat inspired National Joint Front Gujarat will conduct the third phase of agitation. 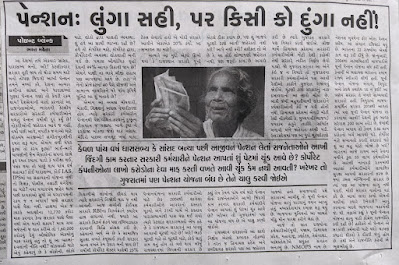 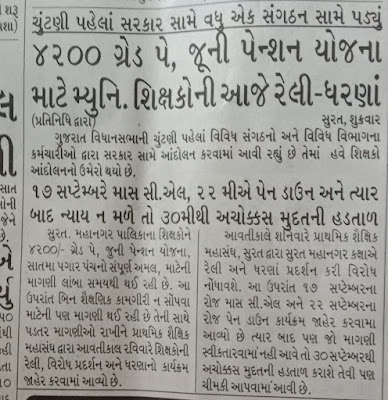 quick resolution and circular to resolve the issues announced by the government, secondary Amendment of regulations to provide transfer benefits to employees of higher secondary granted schools, 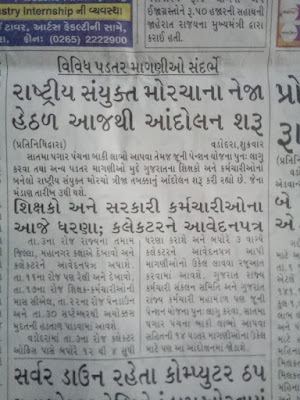 resolution to count five years of consecutive fixed salary employment of teachers of government secondary and higher secondary schools and granted primary schools, house rent and other allowances of the 7th Pay Commission on a central basis, non-academic work performed by teachers, unit test It is also running a movement to resolve other outstanding issues. 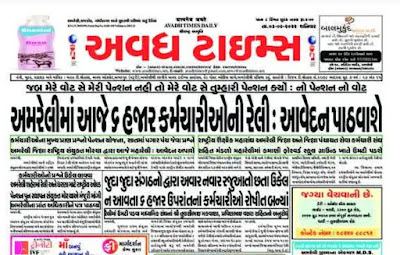 In this regard, agitational work has already been done in the previous two phases in the entire state of Gujarat. The agitation program held in the presence of a large number of teaching staff has been a complete success. 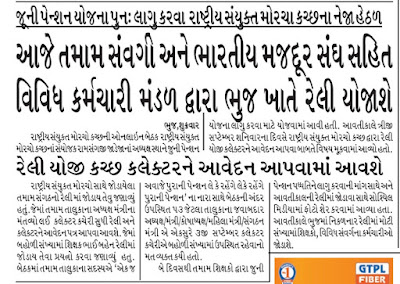 In the first phase, on April 8, 2022, in the presence of more than 55,000 thousand teaching staff, a rally was held at every district headquarters of the state of Gujarat and a letter of appeal was given to the Collector. In the second phase, the state-level program held on 6 May 2022 at the Satyagraha camp, Gandhinagar, where more than 50,000 teaching staff from across the state actively participated, made the one-day dharna program an unprecedented success. After that time and again, requests were made to the Hon'ble Chief Minister in person and in writing to solve these issues quickly. 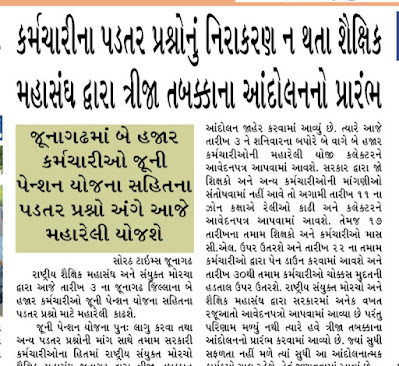 On August 22, 2022, an application was submitted to the Hon'ble Chief Minister to solve the problem. No response has been received till today. Because of this, there is widespread resentment, injustice and dissatisfaction among the entire teaching staff community. 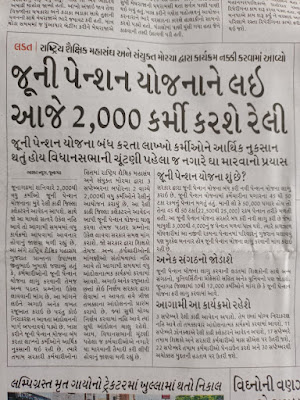 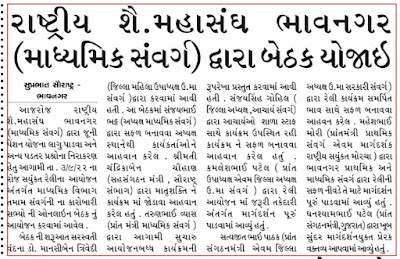 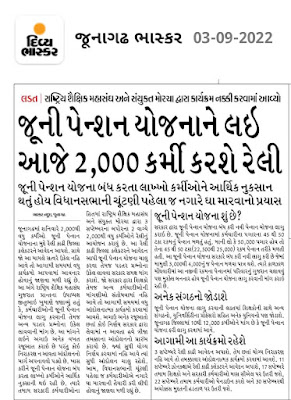 All the organizations affiliated to the Rashtriya Samyukta Morcha have to take proper action regarding this decision and detailed information of the movement to reach all the members of the organization on the independent letterpad of their organization. 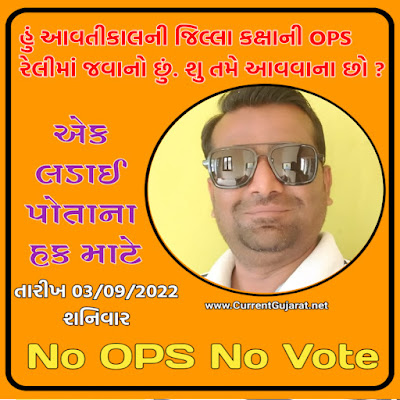