Government Employee DA Can Increase From 34% to 39%

According to AICPI data, the increase in inflation allowance is in line with AICPI data. This figure alone will increase the DA of central employees. According to the AICPI index, it has seen a surge in March 2022, which is being considered as a gift of 5 per cent increase in allowances to employees this time. 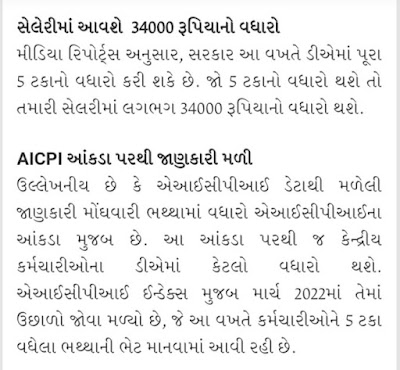 According to media reports, the government may increase the DA by a whopping 5 per cent this time. If you increase by 5%, your salary will increase by about Rs. 34000.