Sunday, November 7, 2021
Bagikan :
Tweet
In the new year, Gujarat government has given the biggest diwali gift to the students. Education Minister Jitu Waghan has made an announcement in the interest of the students. 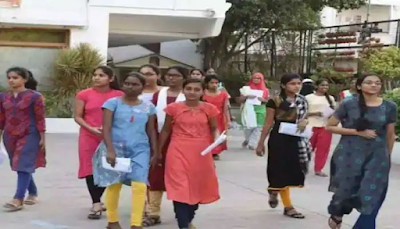 Students who have passed with grading in SSC will now be able to get admission in Diploma. Admission to students with diploma grazing has been closed since 2016. This important decision has been taken by the state government today.
Students with grazing will be able to get admission as the admission process is extended. Education Minister Jitu Vaghani made the announcement from Bhavnagar. Only those who have brought 35 per cent without grading in standard 10 were considered eligible for admission in diploma by the state government.
Admission of many students was blocked due to this decision of the government. If this rule is not amended, many seats will fall vacant and students will be denied admission.
Administrators of diploma engineering colleges demanded that the state government change its rules. There were protests from all over Gujarat. Because, many seats in the college were vacant.
The situation of college administrators also got worse this year. On the one hand, there are vacancies in schools as more students have passed due to mass promotions, while 50 per cent vacancies in diplomas are filled in a year.
The government has changed its decision after seeing the demand of the administrators of diploma engineering colleges. This New Year's gift will improve the future of many students
Important Link:-