Beranda » Cyclone » Gujarat is Likely to Be Hit By A Hurricane | Find Out When And Which City Will Be Hit ?

Gujarat is Likely to Be Hit By A Hurricane | Find Out When And Which City Will Be Hit ?

The first hurricane of the year 2021 is going to hit this week. However, this hurricane is to hit Gujarat only. It is expected to become a pressure area over the south-eastern Arabian Sea on the morning of May 14. The East Central Arabian Sea could become brighter in the form of a cyclonic storm on May 16 and it could rise from the northwest.

The cyclonic storm on May 16 is expected to bring heavy rains to several areas, including Kerala, Karnataka, Tamil Nadu and Maharashtra, between May 14 and 16. This hurricane will be the first cyclone of the year. 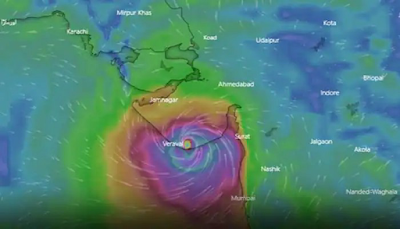 When this hurricane (Tauktae cyclone) is turned into a hurricane, which will become a hurricane as its strength increases. This time Myanmar has given it this name. It is likely that the first hurricane of this year will pass through the Kutch area of ​​Gujarat on May 20.

According to the Indian Meteorological Department, there are different models of hurricanes this time. While some models show that the storm could pass over the coast of Oman, some models point to South Pakistan. Which means that this storm will affect some parts of Gujarat. 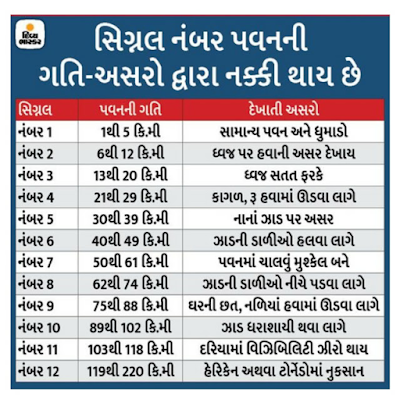 Gujarat is likely to be hit by 'Taukte' on May 19-20 in Saurashtra-Kutch and winds of up to 35-40 kmph may blow. A hurricane is likely to hit the coast of Saurashtra on May 19 at the present stage. Also, winds are likely to blow at speeds of 30 to 40 kmph in Gujarat due to the storm.

The Tauktae cyclone, which the IMD had warned against on Friday, is turning into a very severe cyclone with the progression of time, and it is expected to hit the western coast in the next 24 hours with ferocious winds, the IMD has said. 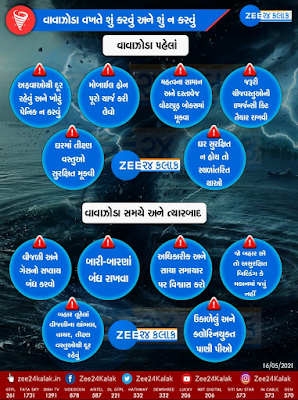 The Weather department informed that the deep low-pressure area around Lakshadweep islands in the Arabian Sea is going to further intensify into a very severe cyclonic storm in the next 24 hours. The Weather forecaster also said that the storm will bring along very heavy rain in various places which fall on the Western Coast of the country, All India Radio reported.

Meanwhile, taking cognisance of the developing Tauktae situation, Prime Minister Narendra Modi is scheduled to meet top officials to review the preparations of the government to deal with the emerging cyclone.

The meeting to be chaired by PM Modi will see officials from the National Disaster Management Agency (NDMA) and other top officials of the government, news agency ANI reported.

The IMD had yesterday warned that the low-pressure area developing over Lakshadweep islands in the Arabian Sea will likely result into a tropical cyclone which will be named Tauktae. The Weather body had said that the states which are likely going to be affected include Kerala, Tamil Nadu, Karnataka, Maharashtra, Goa, and Gujarat in addition to the Lakshadweep islands.

The IMD had also said that the intensity of the cyclone will be increasing as it progresses from the southern parts of the Western coast and inches towards Gujarat coast. Taking a cue from the IMD warning, the National Disaster Response Force has already readied a total of 53 teams to deal with the aftermath of the cyclone. While a number of teams has already been deployed in the Kerala state and Lakshadweep region, the NDRF has kept another set of teams on standby to be rapidly deployed as the cyclone progresses.

www.cyclocane.com
www.cyclocane.com is also a reliable website that allows realtime tracking of cyclones. Head to the www.cyclocane.com website > click on cyclone Tauktae link available on the site to get more details.
www.hurricanezone.net
To track the cyclone status you can visit www.hurricanezone.net website and the homepage will display all information related to Tauktae. For more details, you can click on the cyclone icon displayed on the website. The site allows to track all the ongoing tropical cyclone, typhoon and hurricane bulletins, and satellite and radar imagery globally.
www.rsmcnewdelhi.imd.gov.in
Regional Specialized Meteorological Centre for Typical Cyclone Over North Indian Ocean website is developed by India’s Meteorological Department – Ministry of Earth Sciences, allows to track cyclones in India. The website provides real-time updates related to the cyclone.

India is no stranger to intense tropical cyclones as the extremely large Peninsular region of the country having a long Eastern coast and Western Coast has faced a number of tropical cyclones in the past with the Odisha cyclone of 1999 being the most severe. The densely populated cities beside the Sea and warm conditions of the Arabian Sea and the Bay of Bengal further aids the development of cyclones and resultant damage.

0 Komentar untuk "Gujarat is Likely to Be Hit By A Hurricane | Find Out When And Which City Will Be Hit ?"