The long awaited recruitment of Police Sub Inspector (PSI) cadre has been announced.  An official notification in this regard has also been issued by the government.

This was officially announced by Development Assistance.  Gujarat Police Recruitment Board has announced the recruitment of female and male police sub-inspectors. 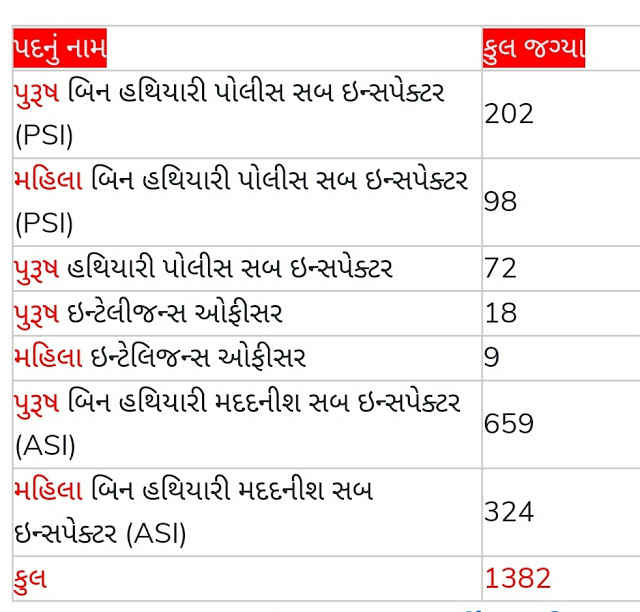 It may be mentioned here that information was given about government recruitments especially to make the youth happy.  Government recruitment has become one of the biggest issues in the state at present when the government announced a very large recruitment in the police department.  A provision of Rs 7503 crore has been made for the Home Department.  11 thousand new places will be created to maintain law and order. 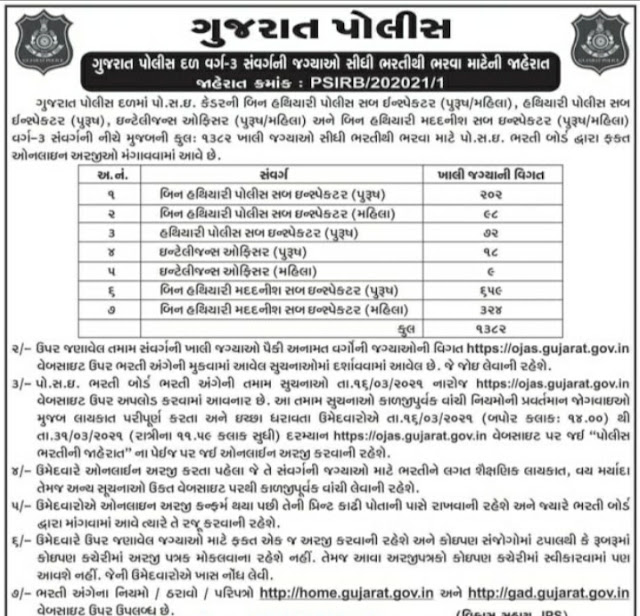 Gujarat Police Department 1382 Recruitment 1382 post announcements in the state police department, Applications have been invited to fill the vacancies through direct recruitment