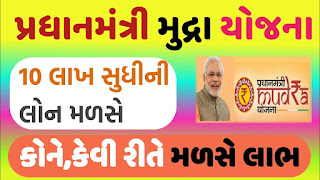 The beginning of Mudra Bank and its prevalence

Many good efforts are being made by the present visionary Prime Minister to brighten the future of India. The full name of Mudra Bank is Micro Units Development and Refinance Agency (Mudra), which was started to promote youth and small scale industries in India Which has been started under Pradhan Mantri Mudra Yojana.

Presenting the general budget during the 2017 budget session, Finance Minister Arun Jaitley, while understanding the inevitability of a currency bank, said,
Inclusive growth can only be built through development.

While large-scale corporate and business companies will play a key role in this direction, the informal sector enterprises will fill the gap, creating maximum employment overall. There are about 25 million privately owned small business units involved in small manufacturing, trading or service business. These types of trading units play a very important role.

Of course, hard working entrepreneurs face a lot of difficulties if they do not get proper help from the formal lending system. Therefore, I propose to set up a Micro Units Development Refinance Agency (Mudra) Bank with a capital of Rs. 30,000,000 crore and a guaranteed loan of Rs. 5,000 crore.

Implementing the announcement made by Finance Minister Arun Jaitley, Prime Minister Narendra Modi launched the scheme on April 4, 2016 with a corpus fund of Rs 50,000 crore. The scheme has a special scheme to provide financial assistance to small units.

According to an estimate, there are 25 million small business units in our country, which employ more than 150 million people. So it is important that these units have financial security.

Why the need for a plan?

The formal banking system is beyond the reach of people in rural and remote areas of India. Because of this, when such people have to start a small business, they take money from local lenders at interest and then not only can they improve their business by getting entangled in the vicious cycle of interest, but on the contrary, they themselves fall into the cycle of poverty.

On the other hand, our youth have many ambitions and skills. But due to lack of money, they are reluctant to start any such industry due to their skills. To address this situation effectively, a good currency bank was set up so that small units could not stop moving due to lack of funds.

Introduction About The Scheme:-

Pradhan Mantri MUDRA Yojana (PMMY) is a scheme launched by the Hon’ble Prime Minister on April 8, 2015 for providing loans up to 10 lakh to the non-corporate, non-farm small/micro enterprises.

The borrower can approach any of the lending institutions mentioned above or can apply online through this portal www.udyamimitra.in .

Under the aegis of PMMY, MUDRA has created three products namely 'Shishu', 'Kishore' and 'Tarun' to signify the stage of growth / development and funding needs of the beneficiary micro unit / entrepreneur and also provide a reference point for the next phase of graduation / growth.

MUDRA is a refinancing Institution. MUDRA does not lend directly to the micro entrepreneurs / individuals. Mudra loans under Pradhan Mantri Mudra Yojana (PMMY) can be availed of from nearby branch office of a bank, NBFC, MFIs etc. Borrowers can also now file online application for MUDRA loans on Udyamimitra portal (www.udyamimitra.in)

The PMMY loans will also include ` 5000 being given as overdraft under Pradhan Mantri Jan Dhan Yojana [PMJDY].  MUDRA will provide refinance / credit guarantee support to PMMY also.

How to avail of PMMY ?

The borrower who wishes to avail of loan under PMMY may approach any of the Public  or Private Sector Commercial Bank branches in his / her area with a proper business plan and loan application. After due processing of loan application, the lending institution will sanction the loan. The borrower has to execute loan documents and complete other formalities as per the requirement of the lending institution. The loan will be released to undertake small business  / micro enterprises.

To register all the micro finance institutes and introduce the practice of performance rating (performance appraisal) so as to improve the efficiency of such institutions and create opportunities for healthy competition among them, which directly benefits the borrowers.

Provide proper methodological guidance to the borrowers, units, institutions so that they can avoid business failure and stop defaulting.

Preparation of standardized regulatory letters, which will prove to be a very important step for small businesses in the future.

At present, the scheme covers only areas like land, transport, community, social and personal services, food production, textiles, and many more new sectors will be added in the future, which gives a lot of opportunities to new industries. Small traders, businessmen will take advantage of this scheme and reach the pinnacle of success.

Mudra Yojana has benefited 2.5 crore poor people in the year 2016-17. We are going to double the budget for this scheme this year. Most of the beneficiaries of Mudra Yojana are women, Dalits and people from minority communities. - Arun Jaitley (Minister of Finance, Government of India)