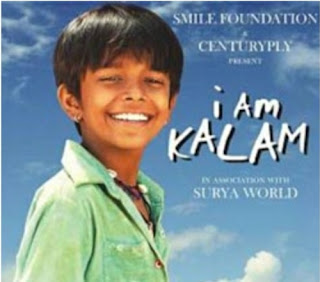 I Am Kalam is a 2011 Indian Hindi-language drama film produced by Smile Foundation and directed by Nila Madhab Panda, cinematography by Mohana Krishna.

The character of Chhotu has been performed by Harsh Mayar. The film was screened in the market section at the 63rd Cannes Film Festival on 12 May 2010.

A poor boy (Harsh Mayar) derives inspiration from the former President of India, A. P. J. Abdul Kalam. He then decides to change his name to Kalam and harbours a dream of meeting the visionary.