The trial will be held in the Supreme Court on November 14 on fix pay for Gujarat. A bench of Justices SA Bobde, Justice Abdul Nazir and Justice Krishna Murari will hear the matter. 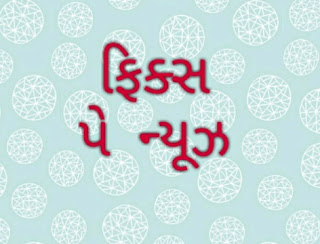 In this earlier hearing, the Government of Gujarat argued in the court that the principle of equal work - same wages does not apply to fixed payers in Gujarat.

The Gujarat government, in its argument, said that Fix-Pay employees are contract-based. And they are made permanent only after five years of service. So as in the case of Bihar, the principle of equal work-equal wages does not apply in Gujarat.


Equal Pay Equal Work has no constitutional right. It is worth mentioning that, six years ago, the Gujarat High Court had directed the state government to pay fixed salaries to the workers on the basis of equal pay.

However, the case has been under judicial process for years, challenging the Supreme Court instead of the government.